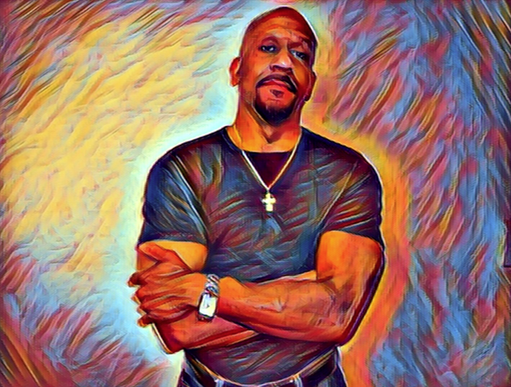 Keith S. Mitchell, Sr., aka 10th Power, was born in West Hempstead, NY, and is the 3rd youngest of four brothers. Keith's musical career began when his oldest brother, Michael, taught him how to DJ at the age of 13. Using their home stereo equipment, he and his brother would scratch and mix their family's records, and after entertaining his family members at reunions and barbecues his DJ career began! Though he was shy, Keith's crazy skills on the turntables gained attention, not only from the ladies, but from his peers who called on him to enter DJ battles and host break dancing parties.

​In 1984, Keith joined the US Army but continued to dee jay in his spare time. He has performed in North & South Carolina, Maryland, Washington, D.C., Virginia, Pennsylvania, California, New York and parts of Europe, just to name a few.

​From dee jaying, Keith transitioned into music production and management forming the company Lowa Level Entertainment.  As the business blossomed, Keith signed Washington D.C. Rap Artist Porche 9-11 and Maryland songstress Lea Adams. Both artists' CDs were released under the DK Records label, which was owned by Keith. Porche 9-11's "My Life...This Me" was a personal hip-hop tribute, and Adams' "Introducing...Lea Adams" spoke of love, life and relationships. Eventually Keith parted ways with these artists and in a move aimed at re-positioning his operations, he changed his company name to M3 Music Group. During this progression, M3 Music Group signed Maryland rapper D.U.I. and released a four-song ep "Listen Without Prejudice" in 2007. Thereafter, DUI released a full-length CD "A Season in Hell," also in 2007, followed by "This One's For You" in 2009. Also, Maryland rapper Tony Montgomery completed an unreleased CD "Mid-Atlantic Moses" in 2009. All produced, mixed and mastered by Keith.​​

In 2015, in his role as C.E.O. of M3, Keith signed York, PA, hip hop emcee Rare Form (aka Kahlil Thompson), which eventually lead to the birth of Lost Cause. Lost Cause, a hip hop collective created by Keith, consisted of Rare Form, the hip hop emcee and DJ 10th Power (Keith S. Mitchell, Sr.), the group's producer. With moderate local success, including winning a local hip hop award (The Ray Crenshaw Neighborhood Award) the group performed at various venues throughout York, PA. In March 2016, Lost Cause released its first studio album "Paradise Depression," followed by its second released album "The Essence" in April 2017. With its growing popularity, this award-winning group launched several videos, was featured in The Germantown Pulse, FlipsidePA, and WGAL News Center 8. After securing a distribution deal through OAG Management, Lost Cause marketed its music on Amazon, iTunes, Google Play, and Spotify. Although the group disbanded in June of 2017, it continues to release music today.

Keith continues to build his catalog of music and networking. It is through this networking that Keith was contacted by Dr. Robert Robinson & Dr. Karla Robinson to create music for the opening of their internet talk radio show "Urban Housecall." Keith's musical creativity was also recognized by Wild Mind Entertainment, another internet-based company. After some negotiating, Keith was hired by Wild Mind to serve as its Director of Music. Keith's first assignment was to create theme music for Wild Mind's internet series "Razor Game." Though the series aired with positive reviews, and a ton of followers, as did other shows under the Wild Mind umbrella, the company's executives eventually parted ways and Wild Mind Entertainment faded to black. With his undeniable talent, doors continue to open for Keith. His most recent collaboration is with the York Revolution Baseball Team serving as one of its favorite vendors for DJ services for its pre-game festivities, family festivals, weddings, receptions, and more! 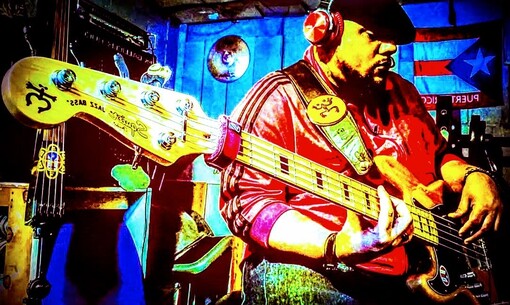 Angel Rivera was born and raised in Jersey City, New Jersey and moved to York, PA in 2001. When growing up, Angel states the freestyle and house music era was a big advantage for him musically. As a kid walking down the Ave, Angel said he'd hear all types of different genres of music. The Dominican bodega played loud merengue music, the Egyptian fabric store rocked their music and  most music stores in between these two played house, freestyle, salsa and hip-hop. Angel grew up incubated in music.

In 2002, Angel began playing bass guitar because he was attending a Spanish Pentecostal church that didn't have a bass player in its band. He said the music sounded empty so he started to use his beatbox talent to work with this type of music and  was working it to his liking. Angel stated, "I was coming up with this sound in my head and I wanted people to feel the flow I felt. So, I bought my first bass off of one of the church musicians - a Lionheart 4 string black body with silver hardware precision bass. I paid like $50 bucks and a car stereo for it. I didn't have a speaker until like 3 months later. Until then, I played the bass in silence and started to match the rhythms I would hum by listening to the sound of the string vibrations that would help me match the pitch."  Angel had a furnished room in an unfinished basement at his grandmother's apartment and once he got his first speaker -  Peavey 10" speaker combo cab - he began to play all the songs he remembered hearing down the Ave in Jersey City while growing up. He said he knew he was doing well once he'd hear his family members jam to what he was playing.

Angel said his grandmother's basement was a horrible place to sleep. At times, the floor would flood due to plumbing issues upstairs so the smell and sewage would throw him off track at times. But, it was the place where his bass sounded the best. He played in that Spanish church for about 10 years but took a break from playing for about 3 years. Angel began to visit the church that he currently attends and has been playing in the church band on a professional level for nearly a decade. During his life as a bass player, Angel played all sorts of genres of music from salsa, merengue, bachata and Latin jazz to hip-hop, r&b, motown, soul and then some funk and pop music on the side. Angel continues to focus on these genres and has been identified as a "Feel Good" bassist by many due to his natural style of bass interpretation in any kind of music he plays.
MIKE SUTHERLAND
​PRODUCER/MUSICIAN 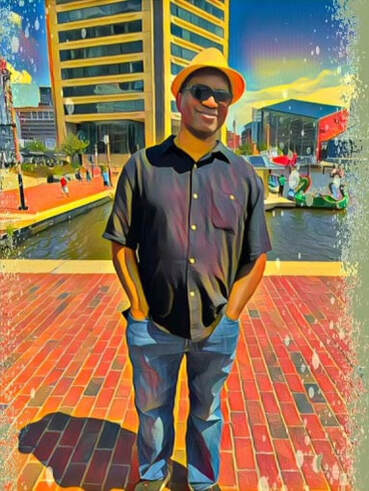 Mike Sutherland, who is of Jamaican descent, and is known by the musical names Sence and Mike Boogie, was born in Manhattan, NY and grew up in the boogie down Bronx, which is located south of Westchester County and northeast of the New York City borough of Manhattan across the famous Harlem River.

Mike’s family was known for their vast musical talents, especially their fierce singing abilities. His family didn’t just sing, they sang! Mike started playing piano at around 5 years old and eventually worked in various studios and played piano for many churches throughout New York.

Mike tells us that his mother, who was a singer, encouraged him to play musical instruments on a daily basis. His father, who was an artist and musician, helped him in his decision making throughout the years.  He said they made sure he knew God and raised him to learn whatever he could to help him with life decisions. When in trouble, unlike most of us who would catch a beat down, Mike’s punishment was to sit in his room and read the Encyclopedia Britannica or World Book Encyclopedia then tell his parents what he read. I would venture to say that most of us would opt for the beat down instead.

Growing up, Mike’s parents allowed him to have a system in his room with two cassette decks, tweeters, and a bass.  His parents hoped that this would help keep him off the streets but as a kid, the streets are where it’s at. He would breakdance, vogue and enjoy all things hip hop.

Today, Mike resides in Lancaster, PA, and although he said music will always be his true love, he focuses more on his photography.  He shared a funny story that he was hanging with Queen Latifa one day when her father, Mr. Owens, made him promise that the next time he sees him, he better have a portfolio and a better camera. Mike kept his promise.