​(13 JUN 2019) ​Germantown, MD – Keith S. Mitchell, Sr., C.E.O. of M3 Music Group, has just announced the launch of The Qi Podcast series!  The Qi Podcast is a spin-off of The Qi (Quick Interview) Vlog, which debuted on March 29, 2019 over various media streaming platforms.  Surprisingly, after being only four episodes deep, The Qi Vlog received an overwhelming response from viewers all across the globe and quickly gained a following.
​
Riding the wave, and realizing the popularity of podcasts and the wide net cast to listeners through platforms like iTunes, Stitcher, Google Play, Audioboom, and Spotify, M3 and its associates hashed out a plan to launch The Qi Podcast series.  Although The Quick Interview vlog shares the same name as the podcast, The Qi Podcast has a whole new cast of players and content that will delve into conversations, debates, and opinions on the latest trending topics.

With the addition of co-host DJ Duce, a radio DJ, music producer, and mix-tape extraordinaire, we plan to take you on a journey of emotions as we interview guests and talk about issues that may make you laugh, make you cry, or make you mad as hell.

Keith said, “Not only do we want to reach listeners from across the globe, we want our listeners to hear the silent thoughts of people that may either enlighten them or shock them.  So, be prepared because we intend to ask the tough questions and will expect the raw truth from our guests and ourselves.  This is an exciting new venture for M3 and I’m sure listeners are going to love our podcast.  We have already begun recording and we have some heavy hitters lined up so you won’t want to miss it!”

The roll out date of the first episode of The Qi Podcast is scheduled for July 1, 2019 and will be available through multiple platforms including Audioboom, iTunes, Spotify and more!  Remember to subscribe to our podcast so you can catch the latest episodes of The Qi Podcast!
The Qi Podcast - LISTEN
"The Qi"

(27 MAR 2019) Germantown, MD - M3 Music Group C.E.O. Keith Mitchell, Sr. has announced the launching of the M3 Network with the web series The Q.I. as its first show.  The Q.I. will be filmed, edited and produced by M3's very own Angry Bull Productions.  With its host, DJ 10th Power, The Q.I. (short for Quick Interview) is a web series that runs about 10 minutes long and highlights local unsung people that we feel deserve way more coverage and attention than granted to them. The Qi will uncover some known and unknown facts about our local entertainers and entrepreneurs as we touch on a variety of topics from music, to sports, to fashion and everything in between.

With filming underway, the first two episodes have already been recorded with the first episode featuring York, PA's Dj Duce which will air March 30, 2019.​ Keith states that, "I am extremely excited about this new web series and I know that after our first episode, viewers will be tuning in on the regular to see what we'll be talking about next.  I welcome those interested in appearing on the show to contact me using our contact form."  Be sure to subscribe to our youtube channel for first dibs on new episodes! (Click here to subscribe) 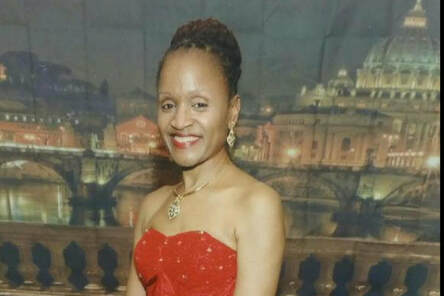 (22 MAR 2019) York, PA -  M3 Music Group is sad to announce the passing of Dr. L. Akilah Karima McDaniel.  Akilah, as she was affectionately called, was a mother, sister, friend and wonderful spirit. She was the Proprietor & Global Consultant at SOFM Inc - SOF CORE, LLC and a Research & Faculty Assistant at Georgetown Law in Washington, DC.  Akilah came to be known by M3 Music Group when she opened the door for Lost Cause (former M3 hip-hop duo) to perform live at the International & Cultural Festival held annually in York, PA.  Akilah was the founder and event planner for this festival which featured valuable information and health screenings for hypertension, diabetes, cholesterol, hearing, vision and other health related issues, as well as holistic health services. The festival also offered activities for kids and adults such as face painting, Henna applications, threading, make-overs & natural hair production sessions.  The festival was open to all nationalities as an effort to learn each others culture, break bread and fellowship.  In the fall of 2016, Akilah was diagnosed with stage-3, HER2 nongenetic breast cancer and for several months she juggled treatment (often driving herself to/from chemo) while searching for long-term housing closer to her treatment facility.  Sadly, although Akilah fought a courageous battle, she succumbed to her illness in March of 2019.  Please join us in saying a prayer for Akilah's friends, family and colleagues as we mourn her death and celebrate her life.  R.I.P. AKILAH.
M3 / HCA Streetwear Business Co-Operation

​(18 NOV 2018) Germantown, MD - M3 Music Group C.E.O. Keith Mitchell, Sr., has announced a new and exciting business co-operation with Hidden Creature Apparel (HCA). HCA, owned and operated by Dante Mitchell, was established in 2012 and is a privately-owned business offering an exciting new line of creative, bold, in-your-face graphic streetwear apparel.  HCA’s distinctive style of fashion has roots in skateboarding and skate fashion, while also carrying an influence from hip-hop music and culture. Keith stated that, “Streetwear has become a huge avenue for music artists to reach new audiences so it was a natural fit to merge forces with HCA. Musicians play a huge role in the streetwear scene because they represent our culture. An artist sporting a streetwear brand’s newest designs while performing on stage, during a photo shoot, or in a music video is one of the best ways to push their product.” Under its umbrella, M3 Music Group will be licensing HCA to handle all of its merchandising. Products will be sold on www.hiddencreature.com and www.m3musicgroup.com, with other sale platforms in the works. Keith said, “M3 is stoked about this new business venture and looks forward to working with the HCA design team to create and showcase new streetwear fashion.” For M3 Music news, please visit us at www.m3musicgroup.com and to check out Hidden Creature Apparel please visit www.hiddencreature.com.
NEW Vevo Channel & "On Zent" Video Premiere 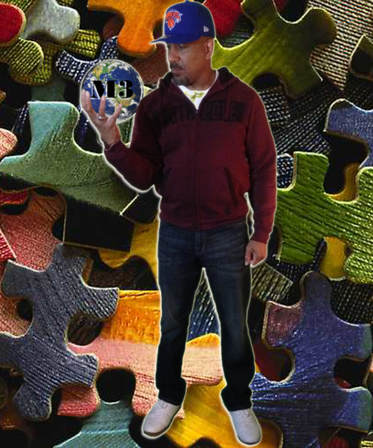 ​March 22, 2018 - Dear Family, Friends, and Supporters, I want to share with you what has been going on with M3 Music Group over the past year.  Anyone who knows me knows that I have always had a big vision for M3 Music Group and that was to create not just music, but original music from the heart while staying true to myself and not mimicking music that’s “in” at the time.  I have always wanted to create timeless music for everyone to enjoy and appreciate.

So, in 2017, I embarked on a new direction for M3 that started with restructuring the company. Surviving restructuring was tough, challenging and stressful. On a personal level, I cut ties with some people that I thought were friends, and on a professional level, partnerships were dissolved with some of my producers and artists.  There was a lot of confusion and doubt, sadness and anger but I had to ask myself what steps should I take to protect my company and my music? How do I stay positive? And how do I move M3 forward?

With that being said, I thought I would share with you the good, the bad, and the ugly of it all.

THE BAD
THE UGLY THE GOOD!
As you can see we have been through a lot in a short period of time but through this all, I have come to the conclusion that improving M3 Music Group will have to touch on four areas: (1) positioning M3 for long term growth and sustainability, (2) increasing our visibility and networking, (3) work on developing exclusive partnerships, and (4) continue to put out awesome original music. This no doubt will be a big undertaking, but it will touch on nearly every aspect of what we need to do to propel M3 Music Group forward.

We are well on our way to a bright future so stay tuned and thank you for your continued support! 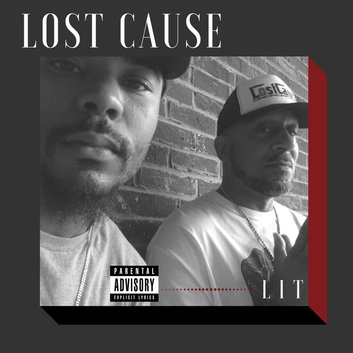 February 15, 2017 - M3 Music Group Producer Keith S. Mitchell, Sr. revealed today that, "The world premiere of Lost Cause's "Lit" video is slated to air on 3.6.17.  Also, the single "Lit" is now available for pre-order on Amazon, Google Play and iTunes, and last but certainly not least, "The Essence Vol. 1" will round out our releases and is schedule to drop on 4.4.17."

Keith said a separate press release with links on where to view the "Lit" video premiere and to purchase "The Essence Vol. 1" will be made available closer to the release dates.

To pre-order the "Lit" single, please visit our homepage by clicking here. ​

Rare Form Nominated for "Best Hip Hop Artist"
M3 Music Group is proud to announce that it's very own emcee, Rare Form, has been nominated to receive the Ray Crenshaw Neighborhood Award for York City's Best Rap Artist! This event is being held in honor of the legacy of service and dedication that Mr. Ray Crenshaw gave to the City of York. The event will be held on Saturday, November 5, 2016 and will highlight and celebrate City of York community members, businesses, artists, and organizations that have made the York community the lively, diverse, and robust City that it is today. The event is semi-formal and will feature entertainment, refreshments, and award recognitions.  A portion of the event proceeds will be utilized for the renovation of Voni Grimes Gym.