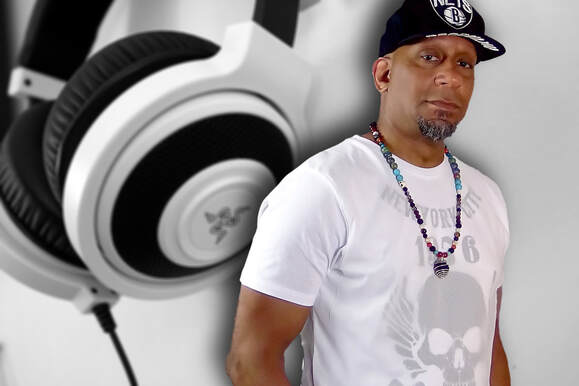 ​Keith S. Mitchell, Sr., aka 10th Power, was born in West Hempstead, NY, and is the 3rd youngest of four brothers. Keith's musical career began when his oldest brother, Michael, taught him how to DJ at the age of 13. Using their home stereo equipment, he and his brother would scratch and mix their family's records, and after entertaining his family members at reunions and barbecues his DJ career began! Though he was shy, Keith's crazy skills on the turntables gained attention, not only from the ladies, but from his peers who called on him to enter DJ battles and host break dancing parties.

​In 1984, Keith joined the US Army but continued to dee jay in his spare time. He has performed in North & South Carolina, Maryland, Washington, D.C., Virginia, Pennsylvania, California, New York and parts of Europe, just to name a few.

From dee jaying, Keith transitioned into music production and management forming the company Lowa Level Entertainment. ​
As the business blossomed, Keith signed, managed and produced albums for artists from the Pennsylvania, Maryland, Washington D.C. and Virginia areas. Eventually Keith parted ways with these artists and in a move aimed at re-positioning his operations, he changed his company name to M3 Music Group.

With moderately local success in York, PA, Keith formed an award winning hip-hop collective called Lost Cause.  Lost Cause released several music videos and was featured in The Germantown Pulse, FlipsidePA, and WGAL News Center 8. As the group's popularity grew, their music was marketed on Amazon, iTunes, Google Play, and Spotify.  The group disbanded in June of 2017 but continues to release music today.

Keith continues to build his catalog of music and networking and has created theme music for "Urban Housecall" an internet based talk radio show, as well as for Wild Mind Entertainment, another internet based company. After some negotiating, Keith was hired by Wild Mind to serve as its Director of Music with his first assignment being to create theme music for Wild Mind's internet series "Razor Game." Though the series aired with positive reviews, and a ton of followers,  the company's executives eventually parted ways and Wild Mind Entertainment faded to black.